Into the future: Know why the nine-theme-city is India’s most futuristic capital

Amaravati, the capital city of Andhra Pradesh, is going to be the most sustainable and most futuristic capital. Neighboring Guntur, Vijayawada, and Tenali, this world-class capital is deriving its name from historical Buddhist town of Amaravathi, and becoming a template for India’s 100 smart cities project. However, the Amaravathi town located in Guntur district was the capital city of Kamma Kings and Satavahana kings.

A green and blue city with citizen happiness index

A smart city with biometric solutions

A city with 51% green space

A city being built over 217 square kilometers

A city with buildings designed by Norman Foster and Hafeez Contractor

A city with nine themes

A city with six nearby towns including Guntur and Vijayawada 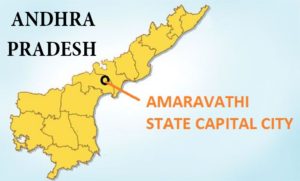 Amaravati will be a city with nine themes

The high-tech city will have nine thematic regions comprising of Tourism, Sports, Electronics, Knowledge, Health, Finance, Justice, Media, and Government. Among these themes, the regions of Health, Business, and Knowledge will be developing earlier than the others.

Amaravati will be a city with citizen happiness index

The city is being planned as a green and blue city in which the citizen happiness index will be at the core consideration. As per Capital Region Development Authority (CRDA), it will offer affordable housing blessed with 100% Wi-Fi facility. Spacious walkways and green cycling tracks will be the other attractions in Amaravati. 25 km network of open-air green spaces will promote the walk-to-work environment. You must be surprised to know that the mobile towers and overhead electric wires will be absent in this high-tech city. 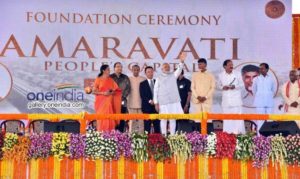 Amaravati will be developed with a 3D model

To develop a 3D model for portraying the complete plan for the city, tenders will soon be called for from 3D model-makers. The CRDA Authority has planned to engage a 3D model-maker for the construction of the city model, at a 1:4000 scale, in adherence to the international standards. There will be a glass-covered wooden base with modular blocks and lighting effects so that the changes may readily be incorporated. 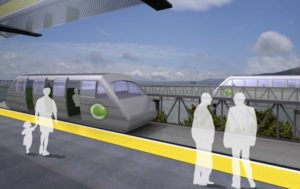 The AP Capital Region Development Authority has started making a plan to create a dedicated public transport corridor and facilitate flexible public transportation. The concerned project will integrate the roads of Amaravati and the nodes in Guntur and Vijayawada. “The firm, which will meet the criteria, will be appointed as the consultant, who will study the requirements and prepare a DPR. It will also help the CRDA in the execution of the project by being the project management consultant,” a CRDA official said.