Why India gets 25% of the air pollution deaths in the world? - 89Indians
Skip to content

The effects of Air pollution are increasing every year. Now more people are dying from the air polluted related illness. It outplays road traffic injuries, alcohol use, malaria, malnutrition, and physical inactivity in terms of the ill-health effects associated with it. In India, over 1.2 million people lost their lives due to air pollution.

In general, air pollution caused by three of the most problematic pollutants fine particles (PM2.5), ozone, and household (indoor) air pollution. It released by the U.S based health effects Institute (HEI) as per the report 90% peoples in the world live in the areas with unhealthy levels of air pollution. Five million cases are the death from stroke. Diabetes, heart attack, cancer and chronic lung disease the world over were lined with air pollution. The directly related to PM 2.5 level 1.5 million were in India and China. The State of Global Air 2019 report has found that air pollution causes the third highest number of death in India, while globally air pollution is the fifth biggest causes of death. India witnesses the highest impact triggered by cooking with fossil fuels. 60% of the population or about 80 crore people are exposed to household pollution in India, while China Figure 32% and the global figure 47%. 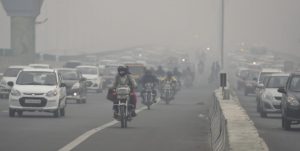 World health organization said 98% of children less than five years of age in low and middle-income countries like India are exposed to toxic air. The reported said 3 of the world’s largest nitrogen air pollution emission hotspot are in India Delhi NCR, Sonbhadra in Uttar Pradesh, Singrauli in Madhya Pradesh, and Talcher-Angul in Odisha is the biggest hotspots and the highest level of air pollution in the country. Air pollution can also cause childhood Cancer, Asthma, Poor Lung function, Pneumonia and other types of acute lower respiratory infection. The small particles are absorbed in the bloods and contribute to about 7 million deaths across the world every year. 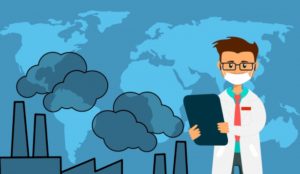