MYSORE – THE SANDALWOOD CITY OF INDIA - 89Indians
Skip to content

Mysore or Mysuru, the second single largest city in the Indian state of Karnataka, located in the foothills of the Chamundi Hills and spread across an area of 152 km2. It served as the capital city of the Kingdom of Mysore for nearly six centuries from 1399 until 1956. The Kingdom was ruled by the Wadiyar dynasty, with a brief period of interruption in the 1760s and 70s when Hyder Ali and Tipu Sultan were in power. The Wadiyars were enthusiasts of art, culture and contributed to the cultural as well as economic growth of the city. The cultural ambience and achievements of Mysore have helped this city to be the Cultural Capital of Karnataka.

Mysore is a popular tourist destination

Mysore has clean and broad roads, planned buildings, gardens and parks that are offering aroma of flowers. The City is also known for its traditional handicraft, handmade silk Mysore sari. Every well-dressed woman in India has desired for this sari. There were rumours that Mysore King tried to copy the Buckingham Palace while making his Palace. It is also one of the most visited tourist destinations of south India as well as in India. Apart from 200 structures with a heritage tags, the city has tourist attractions like Mysore Palace, St. Philomena’s church, rail museum, Mysore zoo, etc.

Mysore is a Sandalwood City

Mysore is widely known as India’s Sandalwood city. Before getting into that area, we should understand that what really sandalwood is and how Mysore has the connection with sandalwood. Basically, sandalwood is the slow-growing tree which is abundantly found in Western Ghats forest region and most exotic variety is found in Mysore. These trees are used in May things such as in cosmetic industries, carving, paste, and important for making tantalum oil. Its oil is expensive enough that everyone cannot afford it. Its rate is so high almost 60000 rupee per Kg which is too high for a lower or middle-class family. The important point in sandalwood is that it takes decades to grow back after harvesting.  The Sandalwood Oil uses in cosmetic an industry as a natural fragment. 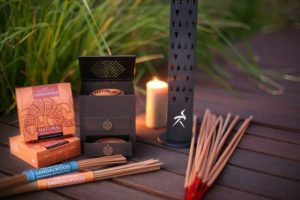 Sandalwood was all around in Mysore forest 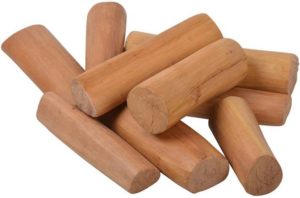 But still, you can get original product made from original scandal wood in Mysore like scandal wood soap, scandal wood perfume with its original fragrance also there are so many products which claim to be original, but they are not. So if you want to but an original product then you should only go to the Govt. Cauvery emporium which is only at two places in Mysore one is east and one is in the western side of the city. All the product of this emporium is an original with Govt. Stamp and seal.