Anciently the historical city of Gorakhpur consisted of Basti, Nepal Tarai, Deoria, and Azamgarh. It was called Gorakhpur Janpad. Since its inception, this great city had been an important centre of Aryan civilization and culture. In the 6th century BC, this ancient city was an integral part of the reputed, well-known and extremely famous Kingdom of Koshal, which was one of the 16 Mahajanpadas. 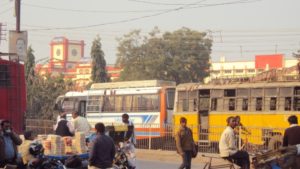 Since its inception, the ancient city of Gorakhpur has been a centre of historical and cultural significance. The Nawab of Avadh transferred it to the East India company in the year 1801. It was then raised to the status of a “district”. New district Basti was carved out from this city in the year 1865. In the year 1946, this city was further split up to form the new district of Deoria. In the year 1989, this new district, which was named as Mahrajganj was built. Gorakhpur is also the Head Quarter of Air Force and known for Cobra Squadron. 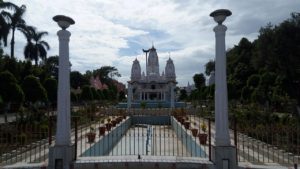 During the Indian freedom struggle, this great city rose to great eminence in the year 1922, due to the historic ‘CHAURI CHAURA’ incident.  Many historians considered this historical incident around the world as one of the turning points in the history of India’s freedom struggle. Freedom fighters burnt down the police station as they were enraged at the inhuman, barbaric atrocities of the police. This incident killed all the 19 policemen who were inside the premises. Mahatma Gandhi withdrew the non-cooperation movement against the British government after this violent incidence.

In addition to this incident, there was another important event took place at Doharia (In Sahjanwa Tehsil ) on 23rd August 1942, which has historical significance to the freedom struggle of India. In the year 1942, a meeting was called in response to the Quit India movement. This meeting was called to register the protection against the inhuman British government. They responded with killing nine people and injuring a large number of innocent people who were gathered to register their protest peacefully. In the memory of all the dead and injured, there was a Shaheed Smarak was built postindian independence. In the year 1940, the famous trial of Pt. Jawahar Lal Nehru, who later become our first prime minister in the year 15th August 1947,  took place in this district. During the trial, he was sentenced to rigorous imprisonment of 4 years.

In the quest of truth in the year 600 BC, Great Lord Buddha, who was the founder of Buddhism, arrived in this city. In addition to this, the founder of Jainism, Lord Mahavir is also associated with this city. This city has the Samadhi of Gorkhnath, who was born in the twelfth century and he flourished in this region. His temple attracts a large number of devotees each year. Mystic poet and famous saint Kabir arrived in this city in the medieval period. His grave in Maghar. He was born in the oldest city in the world, Varanasi but his workplace was Maghar. He wrote and compromised his famous poem in this region. He preaches his countrymen to live in peace and harmony in this place. A large number of devotees visits his Makbara and Samadhi each year. 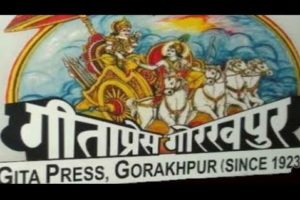 One Thought to “GORAKHPUR”