AJMER - THE HOLIEST CITY OF RAJASTHAN - 89Indians
Skip to content

The historic city of Ajmer is famous as a pilgrim destination for Muslims. It is situated on the foothills of Taragarh Hill and flanked by beautiful Aravali Mountains on all its sides. This place is a perfect place to witness an amalgamation of Hindu culture with rich Sufi traditions. The holy city of Ajmer has been ruled by various rulers ranging from Chauhans to British to Mughals. It is one of the reasons why this city influences all these cultures in the current lifestyle and traditions. This post will discuss some of the places one should visit when they have in the city Ajmer. 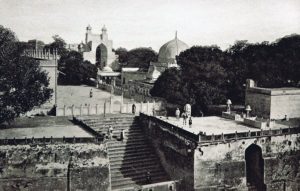 Of the most important pilgrimage sites in India is Dargah Of Moinuddin Chishti. It is dedicated to Sufi Saint Khwaja Moinuddin Chishti, who is also known as Garib Nawaz. It was built in between 1192 to 1236 AD and contains the tomb of the holy saint. Mughal emperor Humayun constructed this shrine. Akbar and Shah Jahan also built mosques in the complex. The tomb of the saint lies at the centre of the complex. In addition to this, it is surrounded by a marble screen. Rose, sweets and chadar are traditional offerings to the saints. Musical performance known as qawwali is performed every Thursday and Friday evening. It is usually sung in praise of the prophet and Sufi saints.

Ana Sagar is an artificial lake that spreads over an area of more than 13 km. It was built by the grandfather of Prithvi Raj Chauhan, who was known as Arnoraja. According to a historian, it was built during the period 1135 to 1140 AD. There is a circuit house that earlier served as a British residency near the lake, close by a hill.  At the centre of the lake, there is also an island that is very easily accessible by boat. 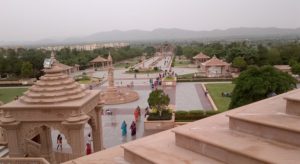 According to the ancient legend, the soldiers of Raja Prithviraj Chauhan refused to let his followers of Garib Nawaz water from Ana Sagar lake. Khawaja Garib Nawaz asked his follower to fetch water some the lake in a Mashkiza (a small bag for carrying water). The water of the whole lake mysteriously disappeared into it miraculously as the follower filled the water in his mashkiza. The lake reappeared due to miracles performed by Khawaja Garib Nawaz.

The Taragarh fort is one of the most spectacular monuments in Ajmer that should not be missed by any tourist. Bhim Burj, Miran Saheb ki Dargah and Rani Mahal are huge water reservoirs that are the main highlights of the Taragarh fort. The front gateway of the fort has huge sculptures of elephants embellished on them. In addition to this, the fort is known for its picturesque views of Kota city especially after sunset. 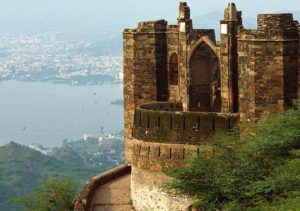 You will reach this place while walking through narrow and crowded markets near the famous Dargah Sharif. It is believed that this place was built in two and a half days. It is built in indo-islamic style of architecture.