HOW IS THE DECLINE OF STARTUPS SYSTEMS FEEDING INDIA'S UNEMPLOYMENT CRISIS? - 89Indians
Skip to content

2017 was not only disappointing for jobs in youth, but it was also a disappointment for the startup sector in the country with a significant drop in the number of new registrations from the year before. Tracxn Technologies Pvt Ltd., which is a data analytics firm that tracks startups, there is a mere 1, 288 new startups registered across the country in the year 2017. As compared to the year 2016, there are at least six times as many startups in the year 2017. Dubbed the silicon valley of India, Bengaluru also saw a considerable dip in the number of new startups. Only 224 new startups were registered in the city as compared to the year 2016, where more than 1316 startups were recorded. A similar phenomenon was observed in Pune, Delhi, Gurgaon, Mumbai, and Hyderabad. 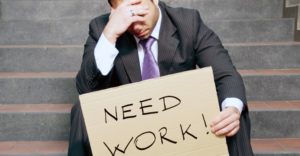 Impact of failure of startups on employment

It is essential to understand that the population of India is more than 1.21 billion in the year 2018. In the year 2022, the population of India is estimated to replace China as the most populated country in the world. The enormous size of its population in the year 2018 has resulted in the difficulty of providing sufficient jobs to its citizens. According to the International Labor Organization, the job seeking Indians is projected to reach more than 17.6 million people in the year 2017. The manufacturing industry in these dire times has not proven very useful in the creation of sufficient jobs. Unemployed youth of India have pinned their hopes on the foremost promising startup ecosystem. Startups have responded the economic instability in India due to demonetization and implementation of GST with a slash in monthly expenditures that has significantly impacted the following factors:

The hiring of new employees

Many reputed colleges in India have reported that many startups of India have withdrawn employment offers given to their student while other newly established companies in India will come up with later joining dates. 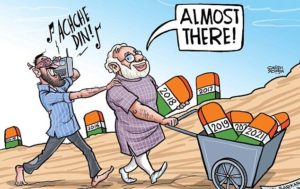 The layoff of employees

It is essential to understand those small startups can celebrate their failure, but it is the employees who have to endure it. Many among the employees lost their jobs as entrepreneurs have got laid off by entrepreneurs in the year 2017. The employees that were laid off, as a result of the economic instability in the country, have become skeptical of joining the startup ecosystem.

A large number of startups close down in the year 2017

Due to economic instability caused by Indian government, the funding of many startups by angel investors was ceased. The employment industry has born the failure of startups in the startup ecosystem. More jobs and startups need to be created and registered respectively, and laws should be strengthened for employees from being fired. In addition to this, there are urgent needs for labor reforms of start-up India. 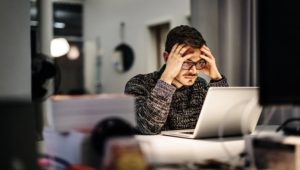