Why Was Alauddin Khalji Not Passionate About Chasing Women?

ʿAlāʾ Ud-Dīn Khaljī, the nephew and a son-in-law of his predecessor Jalal-Ud-Din Khilji, was earlier known as Juna Khan Khilji. The second ruler of the Khalji Dynasty was one of the most powerful Sultans of all Delhi Sultanates. Alauddin killed his uncle Jalaluddin Khilji even though he was very affectionate to him. Alauddin, governor of Kara (in Allahabad district), was given the position of Amir-i-Tuzuk which was equivalent to the master of ceremonies. Later on, he attained the governorship of Kara in 1291 and Awadh in 1296. Within few years of his reign, Alauddin Khilji became a purposeful organiser. He wanted to become the second Alexander. The title – Sikandar-E-Sani – was mentioned on coins and public prayers.

Alauddin Had a Weakness for Beardless Boys

Many historians believe that Alauddin Khalji was not passionate about chasing women. Instead, he had weak nerves on Malik Kafur and other beardless boys. Kafur, who was bought as a slave by the Sultan for 1000 dinar during his conquest of Gujarat, took full advantage of Sultan’s weakness for him and became the deputy ruler (Malik Naib). Malik Kafur was believed to be a Hindu name Manik. He was from the city of Khambat (now Cambay) in Gujarat. It is said that Manik’s beardless look fascinated the Sultan, who converted him into Islam and had a homosexual relationship with him. Kafur soon rose among the top ranks, to be one of the leading generals in Alauddin Khiji’s army. Their love affair was well documented in multiple books including the Tarikh-e-Firozshahi. Interestingly, the Sultan had almost 50,000 beardless boys in his harem which was at the height of his empire. However, a different group of historians define Alauddin Khalji as a heterosexual person. In adherence to Malik Muhammad Jayasi’s poem, Alauddin’s harem had more than 70,000 people, including children, males, and 30,000 widows of Muslim men that he killed in one day.

Alauddin Declared Himself as The Prophet

After every offensive decision, Alauddin Khalji would ask his theologian Qazi Mughisuddin about its agreement according to the Shariat. Qazi, most of the times, would say, “No Your Majesty, what you are doing is completely violative of the shariat’s injunctions.” His reactions used to irritate the Sultan, and the common replay was “I do what I think is in the best interest of the state; I do not care whether it conforms to the Shariat or not.” Hence, the Khalji Sultan declared himself as the Shariat – The Prophet. A different group of historians, however, denied this fact. 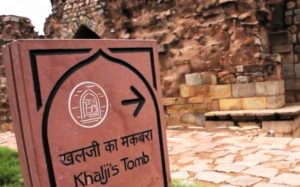 Why India Should Be Grateful to Alauddin Khilji

We all know this Khilji Sultan for all his faults, but do we know that the same Sultan saved India from a fate which was worse than his own oppressive rule? Yes, Alauddin Khilji opposed to allowing the Mongols in India. The murderous Mongols were tried to conquer India six times during his reign as the Sultan of Delhi. But, Alauddin’s brilliance as a general makes them fail every single occasion. Delhi Sultanate, in that era, was filled with unique tactics, bravery, and discipline. Illiterate Mongol invaders destructed infrastructure, native culture, literature, and religious institutions in their conquered countries like Baghdad, Russia, Persia, Central Asia, Eastern Europe, China, Iraq, Syria, Afghanistan, and Kashmir. They were habited to leave a trail of death in their conquered countries. Brave Khilji Sultan actually saved the syncretic culture of the Indian subcontinent from enormous destruction. It was backed by Hindu, Muslim, Buddhist, and Jain subcultures in that era. Founded in 1206 CE, the Mongol rulers were mostly illiterate. Due to that, so much of their history was written by the scholars of the territories they had conquered, such as Russia and China. 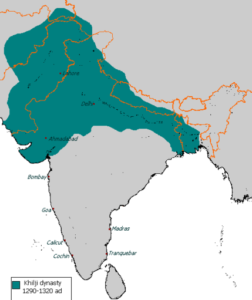 Alauddin Khilji Was a Visionary Reformer of Market and Economy

To ensure supply for all, Sultan Alauddin carried out a range of reforms in the field of economy. The range of his economic reforms includes multiple market structure, agro market regulation, food price control, crackdown on hoarding, and cloth market reforms. As per Ziauddin Barani (a political thinker of the Delhi Sultanate during Muhammad bin Tughlaq and Firuz Shah), Sultan Khilji set up three markets in Delhi which have listed below. 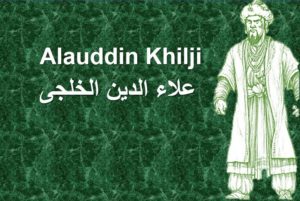 The King issued some regulations with the object of fixing food product prices, cloth prices and all kinds of goods prices. The price fixation policy reform also comprises the price of concubines, maid-servants, male & female slaves, milch cattle, beasts of burden, and horses. In order to store the grains in government granaries, merchants were instructed to transport grains from villages to Delhi.