India, with more than 65% people who are 15-year-old or more are counted as non-vegetarians, have huge egg, fish, chicken, mutton, markets. Despite the ever-growing demand, a significant number of Indians are getting inspired by the health benefits of vegetarian diets. As per some international researchers, vegetable lovers lead healthier lives compared to the meat-eaters. 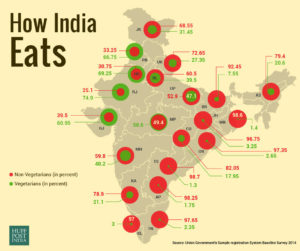 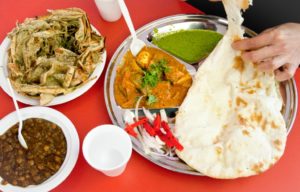 The diseases like diabetes, heart disorders, pancreatic cancer, and respiratory problems are less common in vegetable loving people. More than 30% of all cancers can be prevented through a healthy vegetarian diet and a lifestyle change. Only 5% Australians are meat-eaters, while the number is 6% for Ireland, 8% for Brazil, 9% for Germany, Austria, and United Kingdom, 10% for Italy, 12% for Taiwan, and 13% for Israel. The percentage of non-vegetarian in India is slightly more than 65% now. It was 75% in 2004, and 71% in 2014. Here we have the list of top 20 meat consuming countries. 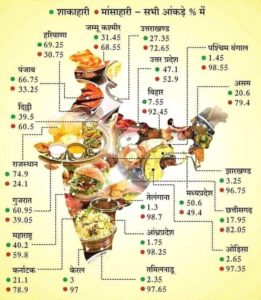 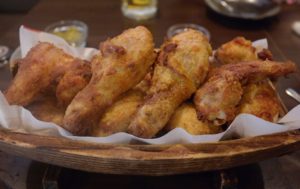 India’s per capita meat consumption is 3.25 KG which almost equals to the consumption of Bangladesh. Both the countries consume less amount of meat than the World’s average meat (including pork, beef, poultry, and sheep meat) consumption of 33.9 KG.