India is one of the fastest highway developing countries in the world. It is currently building 27 km of highways every day, and the speed is growing every month. Many iconic highways projects have already been completed. In the last 5 years, India has witnessed a number of the highways project and several road connectivity bridges. 2019 Lok Sabha election has virtually put the brakes on three mega expressway project in Uttar Pradesh that total about 55000 crores. The three big proposed projects include Ganga Expressway, Bundelkhand Expressway, and Gorakhpur Link Expressway, worth Rs 36000 crore, Rs 14000 crore, and Rs 5,555 crore respectively.

India’s longest expressway in Uttar Pradesh is called the Ganga Expressway. The estimated cost of Rs 36,000 crore was approved by the cabinet in this year .it is the1020 km long expressway. There will be five major bridges, 18 flyovers, and 8 roads-over- bridges. This expressway will have 4 lane access controlled. The Ganga expressway will cover Meerut, Hapur, JyotibhaPhuleNagar, Shahjahanpur, Budaun, Furukhabad, Sambhal, Unnao, Hardei, Pratapgarh, Rai Bareilly and Prayagraj. 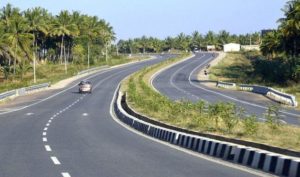 This expressway will link the two most important freight centres of the country. The Delhi-Vadodara-Mumbai expressway is a 1,320 km long Greenfield project an estimated cost Rs 90,000 crore. This Delhi-Vadodara is being constructed in 5 Phase at the cost of Rs 45.000 crore and Vadodara-Mumbai express is being constructed in 3 Phases at the cost of Rs 45,000 crore.

Last year in Azamgarh our Prime Minister Narendra Modi laid the foundation stone of Poorvanchal expressway. This highway project will be started from Chand Sari of Lucknow district and will end at Haidari of Ghazipur district. The highway will provide the connectivity to the district of Uttar Pradesh including Amethi, Faizabad, Ghazipur, Mau, Barabanki, Azamgarh, Ambedkarnagar, Lucknow, and Sultanpur. The expressway is 340 km long that it passes through the town and cities. 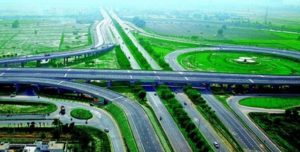 The expressway will be 700 km long and connecting 10 district, 26 talukas, and 392 villages. The expressway, having a total width of 120 m with a central median of 22.5 m will follow the international standards of design. There will be 8 lanes, 4 on each side. It will have around 50 plus flyovers, 24 plus interchanges, 400 plus vehicular, more than 5 tunnels and 300 plus pedestrian underpasses provided at locations. It will be Nagpur and Mumbai within 8 hours reach. 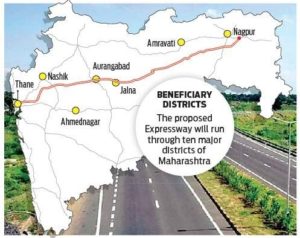 It is 117 km long, access controlled highway in Karnataka. Last year foundation stone for this Rs 8,000 crore project was laid. It will be two phases the first phase 56 km long and connecting the Bengaluru and Nidaghatta. The 2nd phase is 61 km long it will be connecting the Nidaghatta and Hysuru.