ZUNHEBOTO: The Land of Headhunters - 89Indians
Skip to content

Zunheboto is a town in Nagaland which is situated at the height of 1313 meters above sea level and known for natural beauty. Inhabited by the Sumi Naga tribe, this city was built on the top of rolling hills. Baptist Church in Zunheboto is the largest church in Asia. The people are living in this city experience Snowfall very occasionally. December to February is the coldest season. However, the people living in this city experience in heavy rainfall during the summer season. Doyang, Dikhu (Nanga), Tizu, Langki, and Horki are some rivers flown in this region.

How to reach Zunheboto?

What are the famous places to see in Zunheboto? 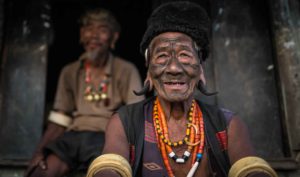 What are the famous festivals held in Zunheboto?

Tuluni is a highly acknowledged festival and celebrates in the second week of July every year. The Sumi tribe consumes Tuluni wine. Tuluni stands for the season of plenteous crops. To make the celebration much more joyous, young couple exchange gifts. The engaged couple set married and start their new lives. Ahuna is another most important festival celebrated by the Sumi. The Chief Minister, he had named Zunheboto as “The Land of Warriors”. The work culture is hard work through toil and sweat and the festival a reason to celebrate the fruits of year’s hard work. The festival our rich cultural heritage, tradition, songs, dance, attires, motifs arts, and crafts such as the festival are a good platform to showcase our tradition. They have their colourful dance and songs.

Why is Zunheboto known as the Land of Headhunters?

The most outstanding social characters ion of Naga was the practice of headhunting. Hence, it is regarded as the paradise of Headhunters. Mostly villager’s man was expected to contribute to the collection. There is nothing more brilliant for a Naga than the victory in battle by bringing have the served heads of the enemy. This practice is now entirely eradicated with the spread of modern education in the region.