Spread across an area of 471 km2, Warangal is the Second largest city in Telangana after Hyderabad. It is among the 12 cities chosen for the HRIDAY – Heritage City Development and Augmentation Yojana scheme by the Government of India. The future Smart City was established in 1163. It had been serving as the capital of the Kakatiya dynasty and left many monuments made by the Kakatiyas, including lakes, fortresses, temples, and stone gateways. It is known as a city of lakes, city of temples, and second city of Nizam. 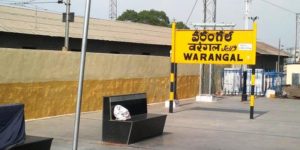 It is said that the Tollywood is greatly influenced by the Nizam territory. It is a territory which is specially targeted for box-office collection as more than 45% Tollywood revenue is generated only from this area. The Nizam territory comprises Hyderabad, Warangal, Secunderabad, Karimnagar, Nalgonda, Khammam, Mahbubnagar, Nizamabad, Adilabad, and Rangareddy.

Not only the Tollywood industry, but Hindi film industry also engaged in selling Nizam territory rights. As per a film business analyst, “A division of the state will not affect the film industry’s business as all the infrastructure is here, and films will continue to be released the way they are. Perhaps, if there are more Telangana heroes coming on to the scene, they may get more acceptability.”

Orugallu, currently known as Warangal, was the capital of South Indian Kakatiya Dynasty. The Delhi Sultanate eventually conquered it. The 12th and the 13th centuries witnessed the emergence of the Kakatiyas. The Dynasty, founded by Prataparudra I 1163 CE, had ruled a small territory near Warangal. The powerful leaders like Rudramadevi and Ganapathi Deva ruled this Dynasty.

What are the famous things to see in Warangal? 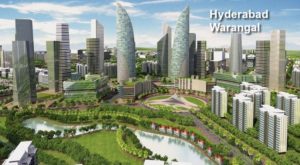