Why is the advancement of time beneficial for India's economic growth? - 89Indians
Skip to content

Binary time zones can accelerate India’s economic growth is a widely discussed topic, but do we know its actual consequences? India have a single time-zone, and we all know this fact. But not all of us are familiar about the effects of single and multiple time-zones. Let’s have a little discussion on the consequences. Our eastern and western borders are more than 2,000 km apart. Only one time-zone is not enough for a 1.3 billion country; we need multiple. We need a separate time zone for the eastern part of the country, especially for north-east India. In the end, time is the most precious commodity which needs to be utilised in the best possible way for the individual or the national growth.

How a country fixes its time zone?

A country generally fixes its time in accordance with the movement of the sun. Yes, the measurement of time starts when the sun is at its ultimate point – at noon. The sun, with the variation of locations, shows its highest point in different time of the day and that is the only reason behind multiple time zones active in different countries across the globe. 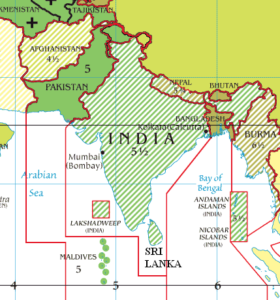 What does north-east India say?

Our seven sisters; i.e., the North-Eastern states; have been complaining about the effect of a single time zone on their lives and their economies. The governing bodies in these states have pressured India’s central government numerous time to pursue an alternative. While speaking to the Hindustan Times, Arunachal Pradesh’s chief minister, Prem Khandu Thungan, said: “We get up as early as 4 am. Several daylight hours are wasted as government offices open only at 10 am and close at 4 pm.” However, the Gauhati High Court has dismissed his petition to report a separate time zone for the Northeast. To follow ChaiBagaan time (tea garden time), Assam’s former Chief Minister Tarun Gogoi ordered people to set their clocks an hour ahead of the rest of the country. But, it went without any long-term action. Our federal planning commission had recommended two time zones in 2006. It also went without any practical effect. 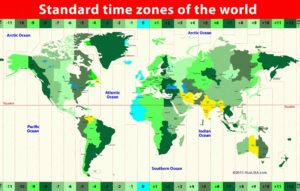 India have a single time zone

Small sized countries like Srilanka, Bangladesh or Nepal are comfortable with a single time zone as the sunlight cover maximum part of the nation. Problem creates in large countries like India, Canada or Russia as the sun cannot highlight the whole country at a time. The importance of multiple time zones comes here. Denmark have five time zones and Australia have nine, but billions of Indians, from Gujrat to Nagaland, follows a single time zone which is more or less resisting our economic growth. As we all know, India’s time meridian passes through the halfway between the country’s westernmost and easternmost points. On the eastern side, the sun rises 120 minutes earlier than the western side. There was a time when India had two time zones – Bombay Time Zone and Calcutta Time Zone. It is a story during the British Raj in the nineteenth century. Both of the cities were used as economic hubs during those years.

Why are East Indians facing problems in following India’s only time zone?

Science says human body and mind remain fresh in the early hours. Lethargy starts gradually. Our time zone is appropriate for Mumbai, Delhi, and the western states. The people living in eastern part are facing problems to meet the time zone accurately. We have a habit to leave our beds after the sunrise, and the problem occurs when e have different sun rising times in different parts of the country. Hence, the organisations and offices located in the eastern part of India are not getting the best from their employees in the early hours. The same problem occurs in evening hour also. There are occasions when people face unwanted challenges in their train and bus journey, especially in winter days. The introduction of a different time zone for the eastern portion may solve this problem up to a certain. Time zone differences will bring more flexibility in our day to day life. The formation of twofold time zones with proper daylight savings should be a prime focus of our government along with the fundamental issues like health, education, employment. It will play a key role in country’s economic development. 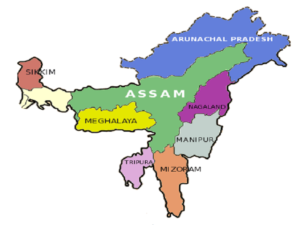 What are the possible problems with multiple time zones?

What’s the best way to deal with time variations?

A great way to deal with the time differences is to advance India Standard Time (IST) by half an hour to being six hours ahead of Greenwich Mean Time (GMT). This point has been raised before, but the ministry has not computed the energy savings that would increase using a correct model and reliable data. It will provide maximum energy saving during the evening hours. The proposal of advancing IST by 30 minutes would avoid the problems as mentioned earlier. Isn’t it a direct way to push country’s economic growth? Yes, it is!