Jahanara was the real designer of Old Delhi’s signature street

Jahanara Begum Sahib, the eldest child of Mughal emperor Shahjahan and Mumtaz Mahal, was born in Ajmer, raised in Agra, and died in Delhi at the age of 67. The princess was buried in a tomb in the Nizamuddin Dargah complex in New Delhi. She then received an after death title – Sahibat-uz-Zamani (Mistress of the Age) – from her brother, Aurangzeb. Made during her lifetime and considered as a tomb of simplicity, the description on the tomb reads as follows,

Allah is the Living, the Sustaining.

Let no one cover my grave except with greenery,

For this very grass suffices as a tomb cover for the poor.

Disciple of the Khwaja Moin-Ud-Din Chishti,

Daughter of Shah Jahan the Conqueror

May Allah illuminate his proof.

Jahanara designed Old Delhi’s signature street – Chandni Chowk. The sister to Jahangir’s poet laureate, Talib Amuli, cultured her (with the knowledge of the Qur’an, Persian literature, etiquette, medicine, and housekeeping) at the early age. After the death of her mother Mumtaz Mahal, she became the Padshah Begum (First Lady) of the Mughal Empire passing her father’s three other consorts. Here, throughout this write-up, we will be reading how the artistic lady was appointed as harem in-charge by father and brother in two different times. 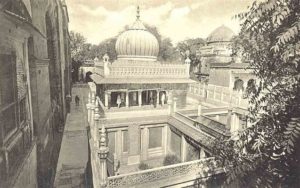 Mughal kings were known for their sexual innovation and excellence

The Mughal kings, apart from their high lifestyle and willingness to win, were known for their sexual innovation and excellence. And the list includes Babur, Akbar, Humayun, Jahangir, Shah Jahan, Aurangzeb, and Bahadur Shah Zafar. The Babri Masjid is a testimony of Babur’s sexual perversion which was based on the exploitation of slave-boys. Humayun brought a minor girl as his wife and fathered Akbar. Akbar started a new religion as Deen-e-Ilahi and broke all records of sexual perversion. He, who had a special respect for the babies, became the prophet his religion. It, however, allowed him to keep a royal harem (brothel) of 5000-plus women and lust his daughter-in-law Jodha Bai who married to his darling son Jahangir. Akbar would enjoy sex with Jodha Bai in the absence of Jahangir. Jahangir rebelled and killed one of his sons when he came to know that the son was actually his brother. 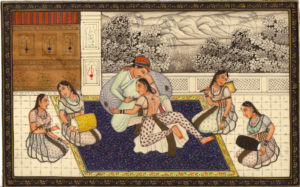 Did Shah Jahan sleep with his daughter? Maybe yes! Shah Jahan followed the footsteps of his ancestors and kept a royal harem (brothel) of 5000 plus women; it is widely known. But not all of us are familiar with the punishing fact that the mighty king kept a sexual relationship with his good-looking daughter. In that era, it was quite difficult to say who was the mother of which prince or princess. Nevertheless, eunuchs were being appointed by the Mughal Sultans to take care of their sex-slaves and pseudo-wives. Jahan Ara, who was 17 during the death of her mother, bear a resemblance to her mother by her face and physique. Emperor Shah Jahan found Mumtaz Mahal in her daughter and came with a wonderful excuse – a gardener must enjoy the fruit of a tree he had planted. Hence, the Mughal Sultan appointed his daughter as his harem in-charge and started an intimate relationship with his daughter. 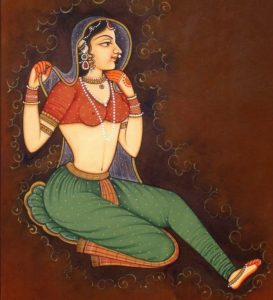 Jahanara Begum Sahib was a liberal girl as she used to drink and spend nights with eligible guys. As per a group of historians, Shah Jahan hugged the guy and gave him a betel-leaf who had proposed to Jahan Ara. But, the guy collapsed and died while crossing the doors of durbar to ride on his coach. Some other historians say that the guy who loved was the beautiful princess was killed by Shah Jahan. Hence, she died unmarried despite being the first lady of Mughal Empire and most beautiful woman in her time. 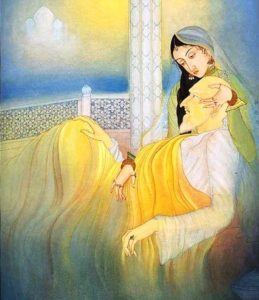 She was voluntarily sharing his 8-year imprisonment and nursed him in his declining years. He was not allowed to access the outside people even if he was allowed for royal comforts inside the prison. Hence, the old man started spending his time in meditation, prayer, and watching the Taj – beloved wife’s memorial. The balcony of Agra Fort had become his favorite place in the days of his imprisonment. After his death, helpless Jahanara Begum was again appointed as the in-charge of a 5000-plus sex-slave harem by her brother, Emperor Aurangzeb. She was responsible for picking best to best ladies for her brother, and she had been doing this job for years.