In IPL 2018, Chennai Super Kings, Sunrisers Hyderabad, Rajasthan Royals, and Kolkata Knight Riders were the last four sides. What about this season? You might be asking about the top four teams of this IPL, right? Let’s have a small discussion on the basis of the playoff favourites picked by some of the former players of Indian Premier League. 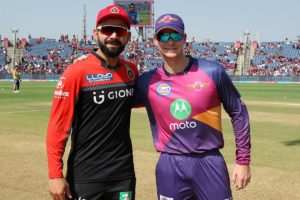 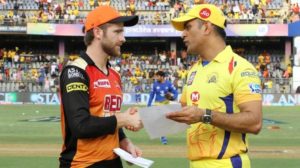 As we all know, Mumbai Indians won this title three times. Quite interestingly, they scooped it in equal gaps – 2013, 2015, and 2017. So, they have a chance to finish IPL 2019 as the champion team. However, Rohit Sharma & Co. can cross the playoff boundary without much difficulties.

“We are as balanced as we could possibly be. You play on a lot of different wickets throughout the tournament and I think we have got our bases covered. But having said that, you got to perform on the field. It doesn’t matter what the team looks like,” said KKR head coach Jacques Kallis. He thinks, they have more fast bowling options than last year. Assistant coach Simon Katich thinks that they have (with Chris Lynn, Sunil Narine, Robin Uthappa, Nitish Rana, Dinesh Karthik, and Shubman Gill) the best betting line-up among the eight teams of 2019 Indian Premier League. He also claimed that the presence of Carlos Brathwaite would boost the franchise’s batting line-up.

On the other side, RCB looks good with their balanced batting & bowling line-ups. The finalist team of IPL 2009, 2011, and 2016 also looks pretty settled. They are carrying enough experiences to be among the top four teams. However, Virat Kohli & Co. may miss Coulter Nile throughout the tournament as he is not sure to be the part of IPL 2019 owing to his national duties.