WHY IS DELHI A COMBINATION OF REFUGEE COLONIES? - 89Indians
Skip to content

How Has The Partition of India Changed Delhi’s Population Demography?

The government of India had defined many areas where these migrants could settle in the rural areas of Haryana and Punjab, but most of the refugees preferred to live in New Delhi and the empty lands of Shahjahanabad – Old Delhi. The Refugee inflow from Pakistan (mainly Turks, Rajputs, and Hindu Baniyas) after the Partition of India had changed the scenario of Delhi’s population demography. Most of the immigrants, who had entered the city to serve successive rulers, preferred to stay back. Some of the south Delhi colonies are Malviya Nagar, Lajpat Nagar, Sewa Nagar, Khan Market, Lodhi Road, Nizamuddin, Jangpura, and Chanakyapuri. Massive inflow to the provinces like Malviya Nagar, Lajpat Nagar, Sewa Nagar, Khan Market, and Chanakyapuri has initiated city’s PWD and rehabilitation minister, Meher Chand Khanna, to do urban planning.

The Largest Forced Migration of India

Republic of India and the Islamic Republic of Pakistan have just celebrated 70 years of their independence, and People’s Republic of Bangladesh (East Pakistan before 1971) is set to celebrate its 47 years of independence. In 1947, British quit their “jewel in the crown” and partitioned India on the basis of its religions. Hence, it was the momentous year of their – India and Pakistan – simultaneous birth. After the divider was drawn between India and Pakistan, nearly five million Muslims moved to East and West Pakistan, and nine million Hindus and Sikhs moved into India. It, the largest forced migrations of the 20th century, was accompanied by rape, abduction, and death. Known as the Radcliffe Line, the line of division has divided three British India Provinces (Assam, Bengal and Punjab) on the basis of Hindu or Muslim majorities. The division involved the British Indian Army, the Royal Indian Navy, the Indian Civil Service, the railways, and the central treasury, between the two new dominions.

In 1956, the government of India had allotted 2,000 acres of land in Delhi’s northern line to Relief and Rehabilitation to resettle refugees permanently. The west of Civil Lines, GTB Nagar, Vijay Nagar, and Model Town were some of the over flooded colonies. Refugees stepped into empty flats in Lodhi Colony in the mid of 50s decade and built homes around the villages in Jangpura and Nizamuddin. Within a decade of independence, Delhi turned into a different city as agricultural fields began to produce commercial markets, residential suburbs, and industrial zones. The city which was a Mughal city earlier dropped down its Muslim share of the population from 33 percent to less than 6 percent within ten years of our independence. It is said that Delhi’s population doubled within a decade of independence, but the actual fact is far worse. In actual, the population of Delhi has grown 130 times since 1901.

Delhi’s Population Increased By 130 Times Since 1901 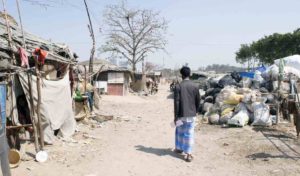 Refugees from Myanmar, Somalia, and Afghanistan

The military junta ruled Myanmar until 2011. It has forced one of the worst civil wars. The country’s transition to civilian rule has not stopped ethnic conflicts, and thousands continue to flee the country. Chin and Rohingyas are two Myanmar refugee communities in India. The Chin community has complained of violence and persecution at the hands of the state since 1961. Rohingyas have long been viewed as illegal immigrants from Bangladesh. Somalia has been the grip of conflict since the overthrow of the military regime of President Siad Barre in 1991, with rival warlords ripping the country apart. The highest numbers of refugees come from Somalia after Afghanistan and Syria. Somalia was suffering from decades of civil war, and it has not had an effective central government. Afghanistan had produced the maximum number of refugees in the world since the Soviet invasion in 1979. Then there was a Civil War, Taliban Rule, and Afghan War. NATO formally ended its 13-year combat mission in Afghanistan in 2014, and Ashraf Ghani was sworn-in as President. A significant portion of Afghani refugees says they cannot return as the security situation continues to be grim, what with Afghan forces still battling Taliban insurgents across the country. 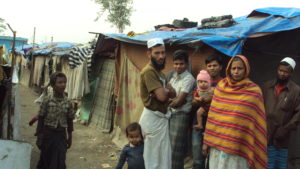 A resident of Lajpat Nagar said: “Lajpat Nagar had 50 houses in the 1950s built in around 100 square yards. They had asbestos roofs and no separate bathrooms. There were common bathrooms made in the areas which are now ornamental parks.” The wealthy families settled in New Friends Colony, Greater Kailash, Defence Colony, or Vasant Vihar in the later years. Flats for government employees had constructed in Laxmi Bai Nagar, Sarojini Nagar, Aliganj, Sadiq Nagar, and Kidwai Nagar. The opposite side of Lodhi Road, which was a forest earlier, was overloaded by refugee colonies like Nizamuddin, Kalkaji, Malviya Nagar, Lajpat Nagar, and Jangpura. Ranjana Sengupta wrote in City Improbable: An Anthology of Writings on Delhi (edited by Khushwant Singh), “Lodhi Road was the southern boundary of the imperial suburban do pen fields and scrub lay beyond, where jackals howled and black bucks roamed.”